Why Madagascar and the Indian Ocean ?

Madagascar is the 4th biggest island in the world, in an area surrounded by smaller but much better known islands (Mauritius, Seychelles, Comoros, Reunion) and fast-growing Eastern African economies (Mozambique, Tanzania, Kenya).

Madagascar might indeed be one of the world’s best kept secrets! There are not so many countries left undiscovered in the world with as much diversity and as many resources as the Big Island.

MDP’s management strongly believes that the region’s political and dynamic economic environment will lead to a sustained economic take-off of the Western Indian Ocean countries.

MDP intends to fully capitalize on the region’s growing economy as well as the increasing interest from the financial community.

MDP plans to be instrumental in attracting investment flows to support and encourage regional economic growth. 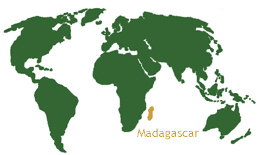